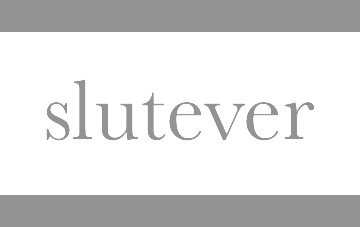 “For Berlin-based director Akiz, Der Nachtmahr (The Nightmare) is “a story about a young warrior who is making her way through society.”

It’s a good thing I stayed for the Q&A for the film’s recent North American premiere at the Toronto International Film Festival to hear such statements, where Akiz (born Achim Bornhak) clarified that the film is not one about motherhood or abortion, despite the visibly fetus-like creature that pervades the protagonist’s psyche.

The film chronicles Tina’s (Carolyn Genzkow) account of a small, toddler-sized creature that follows her around. At first, no one else can see the entity. Naturally, textbook gaslighting ensues after her encounter with the creature who, for Akiz, was meant to resemble a fetus and an old man (his actual words). Basically, her parents are freaked out and don’t believe her, and subsequently enroll her in therapy with a man who doesn’t believe her either.

The story of a frightening being that follows a woman and the the practice of gaslighting are common tropes in horror and supernatural thrillers, but Der Nachtmahr transgresses genre while alluding to the past. In the same vein, the conceptual similarities between Der Nachtmahr and It Follows (which I’ve previously written about) are obvious, like the chill teens who are dealing with some sort of negative spiritual entity. They’re also chill teens who do “bad” things like partying and aren’t punished for it with death (contra the slasher formula where the bad girls and bad boys invariably die). But with Der Nachtmahr, Tina is able to confront the creature.

“It may very well be, then, that the power and potency of the monster body in many classic horror films—Nosferatu, The Phantom of the Opera, Vampyr, Dracula, Freaks, Dr. Jekyll and Mr. Hyde, King Kong, Beauty and the Beast—should not be interpreted as an eruption of the normally repressed animal sexuality of the civilized male (the monster as double for the male viewer and characters in the film), but as the feared power and potency of a different kind of sexuality (the monster as double for the women).”

What Williams is arguing here is that these kinds of monsters, creatures, and scary entities are simply part of the female cohort in our dominant, cultural artifacts. Williams is drawing upon the idea of female oppression based on fear of female sexuality (which, if you look at politics, is pretty obvious and relevant in our current historical moment). Similarly, the film has been marketed as the following in the plot summary:

“After a while, Tina overcomes her revulsion and discovers her own self through contact with the creature. Her friends and parents, however, think that she has gone crazy.”

Many interpretations can be gleaned from this. Is the creature supposed to be illustrative of her facing her sexuality? Is it about facing heteronormative facets of femininity and imminent motherhood? Motherhood alone is scary if you’re in your twenties. Thankfully, Akiz avoided making any definitive statements, telling the audience at the Q&A that he subscribes to the Freudian school of thought where the film is open to interpretation, a feature he said he enjoys the most.

That being said, it’s always dubious when a man makes a film about a female character, or a white person makes a film about a person of color, and so on. But Akiz has reckoned with something more subversive than the hackneyed, old story of a female character running away from something frightening. In one especially poignant scene, she paints her face with makeup that recalls Daryl Hannah’s Pris character in Blade Runner, and defiantly says to herself “now we’ll see who’s really crazy,” bringing the small, E.T.-like creature to her friends’ party.

This scene was one of many heart-racing cinematic moments which was not propelled by the fear of the monster itself, but by lighting, music, and editing. Prefacing the film was a text warning stating that if you are prone to seizures that you should not watch this film, and that the film is meant to be watched in a theatre. It was almost impossible not to feel that the Der Nachtmahr was the Berliner, cinematic version of a Health Goth spin class. The jump cuts, lurid light flashes, and sharp synthesizers created a viscerality that felt like a drug-induced endorphin rush that really makes you want to join the exodus of Brooklynites to the New Berlin. Adding to Berlin’s contemporary pop culture relevance is Sonic Youth’s Kim Gordon, who has a cameo as an American English teacher unpacking William Blake. Apparently she liked Akiz’s 2007 film Eight Miles High so much that she signed on for the role in Der Nachtmahr without even having read the script.

During the posthumous Q&A, Akiz was asked about the title, “Der Nachtmahr,” and its significance. He said the notion of “the nightmare” in Germany is an archaic meaning that does not translate to our modern conception of it. When you sleep, a “nightmare” may or may not appear in your dream; an apt parallel for the uniqueness of a film that took a pass on flat, overproduced special effects in favor of traditional aesthetic practices that, for once, actually evoked physical horror.